The Sound of Music was a great example of Judeo-Satanism in film – the screenplay was written by that filthy New York serpent, Ernest Lehman. Like so many modern films, when you expose it to the light, you see Jewish cockroaches running for cover.

Here are the three most immediate examples:

1.) Christian Nuns Are Portrayed as Evil

Julie Andrews just wants to sing in the glorious Swiss Alps. But those damn Christian nuns are so full of hate, they refuse it! Get it goyim? Your culture is evil. Your spiritual leaders hate music, nature, etc.

Why don’t you just blow your brains out already, goyim? Follow your other thought leaders like Robin Williams, Anthony Bourdain, etc.

We eventually meet the Von Trapp family, ruled by a heartless and despotic father. He treats his children like military rats.

Get it goyim? You need to loosen up, man. Being strict with your children is so cruel! Be a “hands off” parent and let your son get an opioid addiction while your daughter gets gangbanged by the MS-13.

The musical is interrupted for another “muh Nazis” subplot. What  happens during the second half of the film? Let me save you the time – more Satanic Jewish lies about history. They started World War 2, yet have foisted the blame on countless others.

So there you have it, movie goer. Your great movie, The Sound of Music, sodomized like every Hollywood movie. Beautiful music being used as a decoy so that the demonic hydra-head of Judaism can strike the innocent.

Hollywood is like a heroin needle, injecting its poisonous venom into the body of an unsuspecting victim. 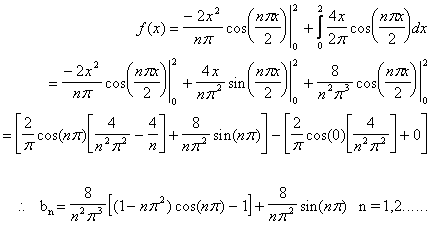 Jews are excellent at creating decoys; in particular, they use their control of the media to start irrelevant conversations. Before long, the most brilliant of men are discussing these Jew-created fantasies: i.e. Amazonian fires, Russian meddling, rape on college campuses, etc. When the dust settles, we find that it was all bullshit—none of it existed in the first place.

But for the media Jews, the point was never to solve a problem. Their goal was to scramble the souls of GREAT MEN. They love to create a hedge maze of confusion. and then see how many people are stupid enough to wander through. This chaos gives them joy.

Why do the media Jews gain pleasure out of confusing people? The answer is simple. The chaos they create is a direct reflection of their embittered souls: i.e. Epstein, Weinstein, Steinem, etc. So

As Jesus said in the Book of Thomas, “Damn the Pharisees! They are like a dog sleeping in the cattle manger: the dog neither eats nor let’s the cattle eat.”

What is the solution, you ask?

It’s quite simple. Restore your foreskin (if you’re a man), embrace anti-semitism, marry a non-Jewish woman, do not mutilate your son’s cock, and educate your children on the Jewish question.

You’ll never grow as a man until you embrace the wonderful gift of anti-semitism. Only then will you end the constant suffering, confusion and pain.