More wisdom from Marcus Aurelius. A few days ago, I shared for you a quote of his regarding reading and writing. Well today, I want to share another one of his ideas – on the composition of a man: how he walks…how he speaks.

What kind of man is he?

“…a wrestler of the best sort, and for the highest prize, that he may not be cast down by any passion or affection of his own; deeply dyed and drenched in righteousness, embracing and accepting with his whole heart whatsoever either happeneth or is allotted unto him.”

Wonderful words from the wisdom of yesterday.

Stand up straight. Live the Golden Rule and be a man of action. Avoid the gossip of old wives and weak-minded men. Remove wasteful thoughts from your mind. Set a lofty goal for yourself and attack it with diligence. Know that your victories are seen by others and that your ACTIONS say the most about you.

And moreover, be a fair man. Treat others with charity, even when some might not deserve it. Speak with honesty and passion to the people around you. Avoid the hedge maze of sophistry. In short…

Be deeply dyed and drenched in righteousness.

See Related Article: Read With Diligence and Without Affectation 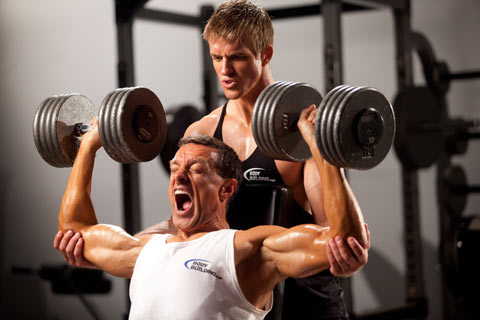 Have you seen a professional bodybuilder? If so, ask yourself a question: how did he get that way?

The answer is simple—he became obsessed with a goal. The goal dominated his life, 24 hours a day. It became a part of his DNA. While others were fixated on CNN, he was pounding weights in a gym. While some were agonizing about the past, he was planning his macros for the week. And while others were eating pizza, he was shopping for protein powder.

The obsessed man is a GREAT MAN. He’s the hero of tomorrow’s children. You can find his name in a history book or on a park statue.

OCD…ha! That’s a fucking joke. A trap, set by the losers of the world. They want you to slow down, to stop your ascension. So they tell you that a positive is a negative. A complete lie! What’s next? Why not say that a rich man has a paper addiction? Or the guitar virtuoso is abuser of nylon strings.

No! We refuse to back down! We refuse to surrender our obsessions. Life is short ride, so we’re committed to our happiness. We’re dedicated to making the most of the journey. We don’t like depression, loneliness, or insecurity. So we fight back! We jump out of bed, ready for the ongoing battle….

Obsession is not a disease—it’s the trademark of the GREAT MAN.