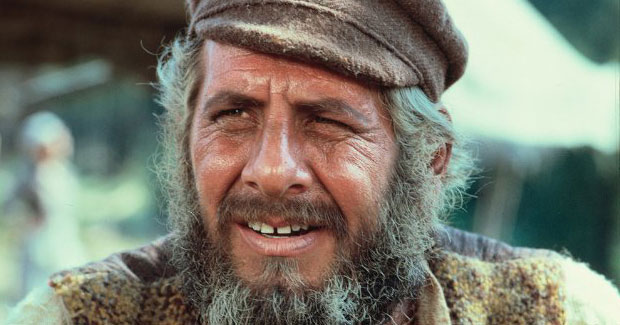 I am currently reading Two Hundred Years Together. It’s an expansive book by Alexander Solzhenitsyn, written in 2001, that analyzes the Jewish role in the Communist revolution of 1917 (By the vey, where is the 100-year retrospect on CNN?). At any rate, Solzhenitsyn is highly critical of the “chosen people” and their role in this debacle.

For example, he provides the names of Jewish individuals that committed a host of crimes: murder, treason, extortion, etc. Overall, it’s a scathing indictment of the Jewish role in the Russian revolution—and it’s the primary reason that Solzhenitsyn has been removed from the Western liberal clique (in addition to his admiration of Vladimir Putin). Ah…how quickly the lefties can forget a Noble Prize winner.

The book has many insightful parts. However, one narrative stuck with me. It’s regarding the Jewish refusal to do farming work. At one point, international funds were being sent to the USSR so that the Jews could farm in the Crimea. However, despite millions of dollars in incentives, most of the Jews returned to other lines of work: i.e. money lending, various trades, etc.

This mass departure of Jews from agriculture in the 1920’s and 30’s resembles similar Jewish withdrawal from agricultural colonies in the 19th century, albeit now there were many new occupations available in industry (and in administration, a prohibited field for Jews in Tsarist Russia) (222)

In 1926 Kalinin (and other functionaries) received many questions about Jews in letters and at meetings… Among these questions (91): Why do they not farm even though it is now allowed them? (209)

When I read this, I immediately thought of Tevye from the movie Fiddler on the Roof.

The movie is based on the life of a poor Jewish farmer (named Tevye), circa 1905, living in a Russian village. However, as we learn from Two Hundred Years Together, this character would have been an anomaly, Most likely, he would have been working in some trade.

See through this light, we realize an unpleasant fact:

Fiddler on the Roof was partly propaganda, designed to give the public a false view of facts.

In short, it’s goal was to sanctify the Jewish people, while simultaneously denigrating Russia.

The Comey decision will finally end the “muh Russia” controversy. Remember when the wage gap was bedunked? Or what about the campus rape myth? The liberals gave up on the lies!

The liberals ALWAYS double down. When you catch them in a lie, they don’t apologize; instead, they go for the bigger lie. The whopper gets larger. They accuse you of doing of what they just did. They gaslight.

Remember the recount? We found out that Democrats were tampering the ballots, and not the Republicans. But the Libs never apologized. Instead, they invented the “muh Russia” conspiracy.

Fifty years from now, the libs will still be crying about Russia – it’s now part of their identity.

The following insult comes from Crime and Punishment. Katerina Ivanovna—one of the novel’s main characters—yells the following to her landlady:

“And you too?” she suddenly saw the landlady, “…you trashy Prussian hen’s leg in a crinoline!”

Excellent! That’s how they insult people in the the old country. But I confess that I was confused, so I went to Google for a gander:

And here’s a crinoline:

It’s great to peek into history; we can see a place without political correctness. It’s a world where you can insult somebody, and you won’t get banned from Twitter.