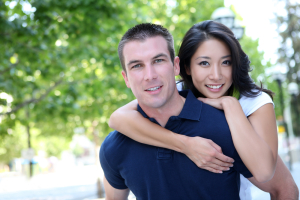 When a Western man goes to the third world, he interacts with the local women. He might start by visiting prostitutes, or by dating a non “working” girl. Eventually, if he decides to live there, he falls into one of two categories:

Type 1—Married with children to a beautiful, local woman. Truth be told, he’s in high demand wherever he goes: Germany, France, the USA, etc. But he’s chosen a foreign land. The local women can see that he’s powerful, that he’s on a higher level. His vision of the world is wider than that of the local men. She pays him back with dedication.

Type 2 – Single with a series of unsuccessful relationships.  Truth be told, he’s unsuccessful wherever he goes. Now that he’s chosen a foreign land, he hopes that things will change. But eventually, the women find out that he’s weak, that he’s lacking in vision. He’s unable to change and—often times—the women will play tricks on him. They punish him with lies and deception.

For the Western man, the foreign country is a welcome respite. They don’t have slut walks, pussy hats or Jessica Valenti. In short, less feminism.

The Chan Chan ruins in Trujillo, Peru are worth a visit. They’re quite extensive and they highlight a little-known culture in Pre-Colombian America: the Chimu people of Northern Peru. To see the ruins, you’ll need to take a bus to the city of Trujillo (an eight hour ride from Lima). When you get there, you’ll find a host of tour companies. You won’t be able to miss the touts. From there, it’s another hour to the ruins.

I visited Chan Chan about five years ago. It was very interesting, and I liked it as much as Machu Picchu. The ruins are well preserved and the grounds are nicely maintained. The area gets less traffic than Cuzco, which gives it a laid-back feel. It’s highly recommended.

The Chan Chan rose to power because of their agricultural skills; they built extensive irrigation canals. Then, like all the advanced tribes of Pre-Colombian America, they subjugated the neighboring peoples:

“…their successful military campaigns and policy of extracting tribute ensured that they became the dominant regional power.”

The Chimu party eventually came to an end. They were conquered by the Inca, who subjugated them in turn (around 1470 AD).

“…the Incas who, led by Tupac Yupanqui, captured the 11th known Chimú ruler Minchançaman in c. 1470 CE. Thereafter, the Chimú became a vassal state in the Inca Empire, and their king was kept permanent prisoner at Cuzco to ensure compliance to the new order.”

A review of Pre-Colombian America is revealing:

Memo to the left-wing thinkers: the “Indians” were not a unified group, holding hands in a peaceful brotherhood. They were just like the colonizing Europeans you despise – civilizations that were capable of good and evil. So your liberal fantasy about the Pre-Colombian Americas is laughable at best. If you have intellectual integrity, you’ll be honest with the facts. You’ll stop lying about the past.

History does not lie; unfortunately, liberal history teachers do.

Peru has so many ruins; you can spend months trying to see them all. If you’re heading to Peru, I recommend that you add another week to your trip and head north. You’ll find ruins that are intriguing and worth a visit. 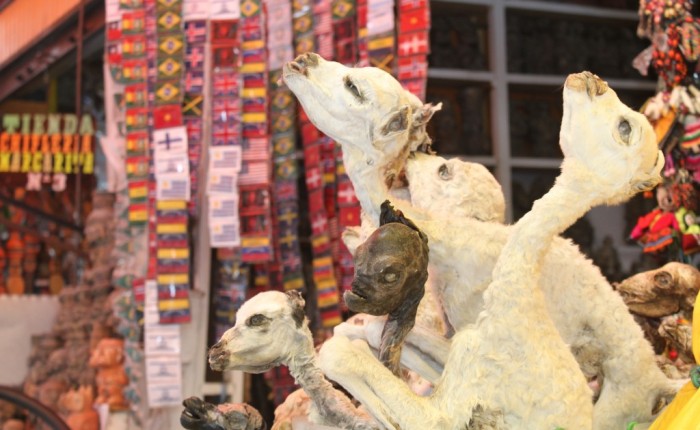 The Witches Market in La Paz, Bolivia – a place for the fearless traveler. Indigenous women wearing bowler hats, the amulets, the high altitude: a surreal experience.

But then you see it…what the f*ck is it? Something in a basket. So you move in to get a better look. My friend, what you see is a dead llama – the fetus of a baby llama, to be exact.

As Google puts it:

They are the most important part of an offering to Pachamama, a goddess that many Bolivians and Peruvians call Mother Earth. Together with candy, cotton and other small items the llama fetus is burned after which the ashes are buried under the house for protection.

So there you have it. Buy a dead llama, put it under your house, and pray for good luck.

It’s a form of animal sacrifice.

So what do you think of animal sacrifice? Personally, I’m against the idea. I think that animals should only be killed for food. If the llama was turned into a BBQ sandwich, then I would support the idea.

Note: Animal sacrifices occur throughout the non-Western world. For example, the sacrifice of chickens is common to Caribbean Santeria festivals. Cows are sacrificed throughout the Middle East during the Eid al-Adha festival. And Hindus sacrifice a host of animals during the Gadhimai Mela Festival. Some of these festivals can be sickening to watch, even for the strong of stomach.

Cultural relativism has its limits. As you travel the world, you become a bit discriminatory. Some things you like, while others you dislike. Your initial rapture with being outside your homeland fades, and you begin judging the merits of a given custom. You feel that some traditions are better than others.

In my experience, the killing of a baby llama is the strangest tradition in the world.

It’s like comparing apples and oranges – a beautiful forest is not a desert, for example.

That being said, my personal favorite is Iguazu Falls in Brazil. 275 waterfalls, crashing down on the Brazil/Argentina border. The spray of water bellowing upward. The continual crashing sound in every direction. Nature’s power on full display.

I’ve been to Victoria Falls in Africa and Niagara Falls in New York – they don’t compare. There is only one Iguazu Falls. 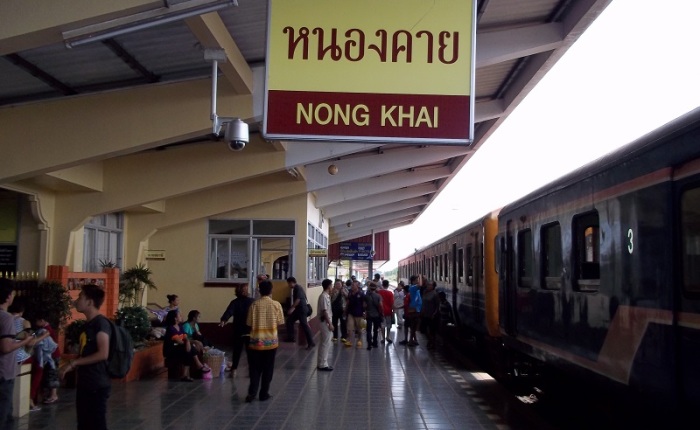 Years ago, I visited a hotel spa in Nong Khai, Thailand. It was a beautiful retreat, situated next to the placid MeKong River. I was drinking a beer and basking in the glory of an hour-long massage. Magical Thailand.

Just then, the owner of the spa emerged. He was a British man, about 6 feet tall with blond hair. Next to him was his Thai wife. He kissed her on the cheek, walked over to me, and sat down. We talked about a variety of things, sharing our travel stories.

Here was my first encounter with a genuine expat. A man who picked up, left his country, and married a foreign woman. He wasn’t on the two-week vacation, the Caribbean cruise. He was the real deal—a modern day pussy pilgrim, looking for love in a distant land.

We spoke for about an hour. Then I got around to the big question, the thing I was dying to know.

“What’s your secret?” I asked.

He got a serious look on his face. He took a sip from a beer, a drag from a cigarette, and leaned forward:

“It’s like the Dali Lama said, my friend—it’s all in your mind.”

I paused a moment….eh, that’s it? That’s the big secret?  Really, I was hoping for more: an age-old riddle, a mystery unraveled. But I got the cliche, “It’s all in your mind.” Very disappointing!!

“Thanks,” I told him. “I appreciate the advice.”

Sometimes we have to solve our own puzzle. The question – as well as the answer – is for us to find out.

Lake Patzcuaro sits in the middle of Michoacan, in the Mexican state of Morelia. It’s an indigenous village known for its elaborate Day of the Dead festival. Throughout the village, you will see indigenous women selling their wares: clothing, trinkets, etc. But what sets Patzcuaro apart from the rest of indigenous Mexico, and the rest of Latin America, is a dish they prepare…

They simply take a cooked red yam and slather it with honey. That’s it. Simple, yet wonderful.

It’s the perfect combination. Many Americans will put butter atop a yam, which adds a fatty quality to the edible tuber. But when you add honey, it embellishes the sweeter elements of the plant. It takes the yam into the direction it wants to go. The yam wants to be a dessert, to run free with it’s sugary friends.

It’s important to differentiate this dish from American “candied yams,” which are loaded with sugar. The Patzcuaro version does not add corn syrup, brown sugar, etc. It’s just a yam with honey atop of it – nothing more.

Note: I looked online for a photo of the dish, but I could not find one. I have traveled to over 75 countries, and I’ve never seen anybody prepare a yam this way. It’s so uncommon that google images does not have stock photos of it.

But no worries…it’s very simple. Next time you cook a yam, just drench it with honey. That’s all you need to do.